The Cherokee are one of the indigenous people of the South 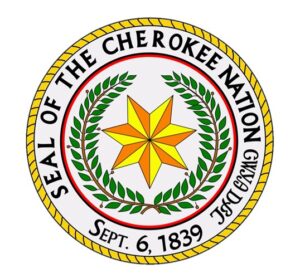 eastern Woodlands of the United States. Prior to the 18th century, they were concentrated in what is now southwestern North Carolina, southeastern Tennessee, edges of western South Carolina, northeastern Georgia and northeastern Alabama.

The Cherokee language is part of the Iroquoian language group. In the 19th century, James Mooney, an American ethnographer, recorded one oral tradition that told of the tribe having migrated south in ancient times from the Great Lakes region, where other Iroquoian-speaking peoples lived; however, anthropologist Thomas R. Whyte writes that the origin of the proto-Iroquoian language was likely the Appalachian region and the split between Northern and Southern Iroquoian languages began 4,000 years ago.

By the 19th century, European settlers in the United States classified the Cherokee of the Southeast as one of the “Five Civilized Tribes”, because they were agrarian and lived in permanent villages and began to adopt some cultural and technological practices of the European American settlers.

The Cherokee Nation has more than 300,000 tribal members, making it the largest of the 567 federally recognized tribes in the United States. In addition, numerous groups claim Cherokee lineage, and some of these are state-recognized. A total of more than 819,000 people are estimated to claim having Cherokee ancestry on the US census, which includes persons who are not enrolled members of any tribe.

Of the three federally recognized Cherokee tribes, the Cherokee Nation and the UKB have headquarters in Tahlequah, Oklahoma. The UKB are mostly descendants of “Old Settlers”, Cherokee who migrated to Arkansas and Oklahoma about 1817 prior to Indian Removal. They are related to the Cherokee who were later forcibly relocated there in the 1830s under the Indian Removal Act. The Eastern Band of Cherokee Indians is on the Qualla Boundary in western North Carolina; their ancestors resisted or avoided relocation, remaining in the area.